Now more than ever, businesses are focusing on apps to help deliver an incredible experience

to their customers. With augmented reality becoming more prevalent in the business world, it is a no-brainer that many major companies have incorporated this technology into the functions of their apps.

This article will discuss the top five augmented reality apps in the IOS and Google Play stores as of 2021. The ranking metrics for each app will be based on a few key factors, star rating on the app store, number of ratings, and overall quality of the AR experience. The apps do not have to be solely AR-based; they have an AR-based component within the app. Many exciting AR apps are waiting to be discussed, so without further ado, let’s dive into the list.

SketchAR is an augmented reality app that allows users to foster their creative side through digital drawing, photo editing, and gamification. Creators can use this app to expand upon their artistic skills in a never-before-seen way. 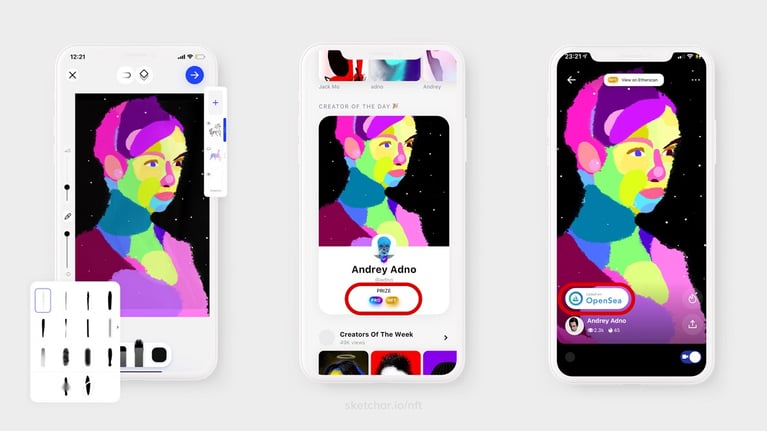 SketchAR’s use of augmented reality lets creators utilize visual overlays to create content resulting in a cleaner and more efficient means of producing art. Users can avoid the tedious cleanup process that typically accompanies a drawing or painting session, freeing up time for artists to focus on their craft.

How SketchAR Relates to the Bigger Picture

SketchAR is not on as grand of a scale as some of the other apps we will discuss in this article. However, the app provides a distinct way for people to participate in the creative process when they might not have done so before. SketchAR is one of the most creative uses of augmented reality in apps, and many businesses can learn something from it.

IKEA Place lets you digitally place accurate 3D models in your home. You can uniquely enjoy IKEA’s services by combining cutting-edge AR technology and IKEA's home automation systems. There is always something fresh to test at home with the app's constant product highlights and groupings. 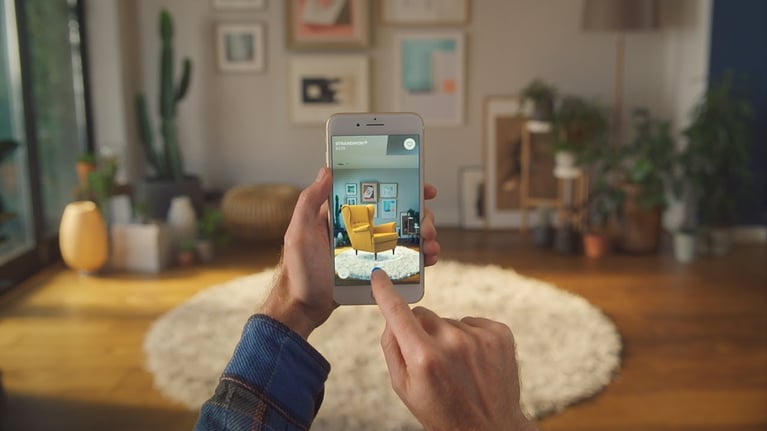 How IKEA Place Relates to UX

It is no secret that IKEA’s app innovation has improved its customers' experience. IKEA aims to solve real problems that customers face when purchasing products. Namely, the hassle of determining if a particular piece of furniture fits nicely into a room. Common issues such as returned products and unsatisfied customers are greatly reduced by allowing customers to view virtually how a piece of furniture fits into their room. Consequently, IKEA Place has earned its high star rating for a good reason.

IKEA Place and the Bigger Picture

The app is a prime example of how augmented reality is transforming the tech world. IKEA used Apple’s ARKit technology to design its app, showcasing the efficacy of ARKit development. IKEA place is one of the pioneering apps for providing a high-quality AR experience. Many companies have created similar app features, ushering in a new wave of augmented reality-based digital retail.

Google Lens is one of the convenient ways that Google includes augmented reality in its app. Google states that Lens lets users search with their camera, copy and translate text, find similar apparel, identify plants and animals, scan QR codes, and more.

Google’s primary mission is to “organize the world's information and make it universally accessible and useful.” The inclusion of Google Lens enhances Google’s user experience by giving users a new medium to access information. AR streamlines the process of obtaining information and opens avenues that wouldn’t exist within a traditional Google Search.

How Google Relates to the Bigger Picture

Google is investing heavily in the design of its AR technologies. ARCore, Google Lens, and the new rumored Google glasses are some examples of their strong interest in augmented reality. Google believes AR can change the world as Google Search did many years ago. The lens is an outstanding way to improve what makes Google great today and serves as a stepping stone for what is to come.

Pokemon Go was all the rage in 2015 and 2016 but has since decreased in popularity. However, the app is still popular today, and people from all walks of have noticed it. The app is an AR-based game that seemingly combines the fictional characters of the world of Pokemon with the monuments and landscapes of the real world. With a four out of five-star rating on the app store paired with around 370,000 reviews, it is safe to say that AR has found a home in the realm of gaming. 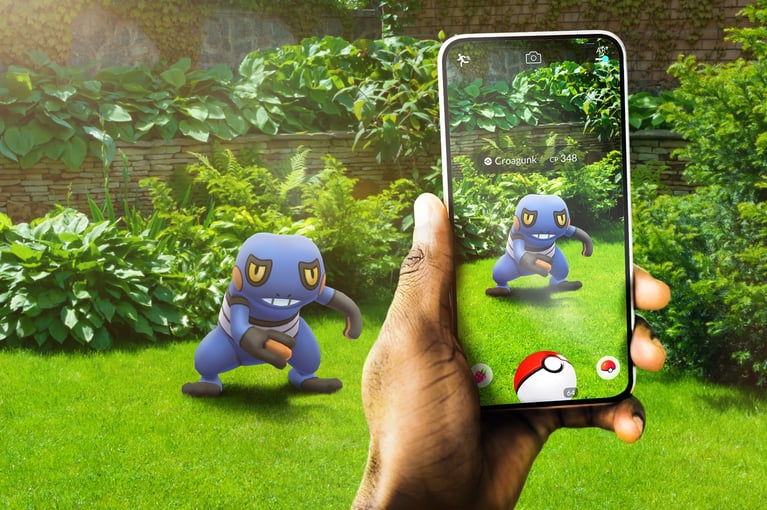 Pokemon Go was one of the first mainstream successes regarding augmented reality apps because it provides a fun experience for players to relate to. Players can interact with their favorite Pokemon characters and temporarily get lost in a world of fun. There are many practical ways that Pokemon Go improves UX, such as enhancing navigation and improving visualization. Still, the positive emotional impact that the app has had on its users should not be overlooked. Evoking strong, positive emotions in people generates good business, and Pokemon Go is a prime example of successfully doing so.

How Pokemon Go Relates to the Bigger Picture

Niantic’s creation of Pokemon Go was a massive triumph for AR apps and technology. It showcased the public’s desire for a semi-immersive gaming experience, and the app was simple yet effective in its design and delivery to the public. As a result, Niantic’s creation serves as a perfect use case for why AR technology should be considered heavily by game developers and other industries alike.

Snapchat is considered one of the titans of the social media industry, and as many know, to stay on top, you must find ways to innovate. The social media magnate has not backed down from this challenge and used AR as one of the avenues to improve upon its platform. In 2021, Snapchat announced it would invest heavily in augmented reality. Previously, Snapchat had incorporated AR into its platform by utilizing Snapchat Lenses and Filters. Lenses and filters are features within the app that allows users to use their camera screens to turn their faces into something completely different. Examples include puppies, butterflies, and all sorts of other funky looks. Snapchat also recently added a scan feature into their app, letting users scan items such as plants or animals and then identify the objects. 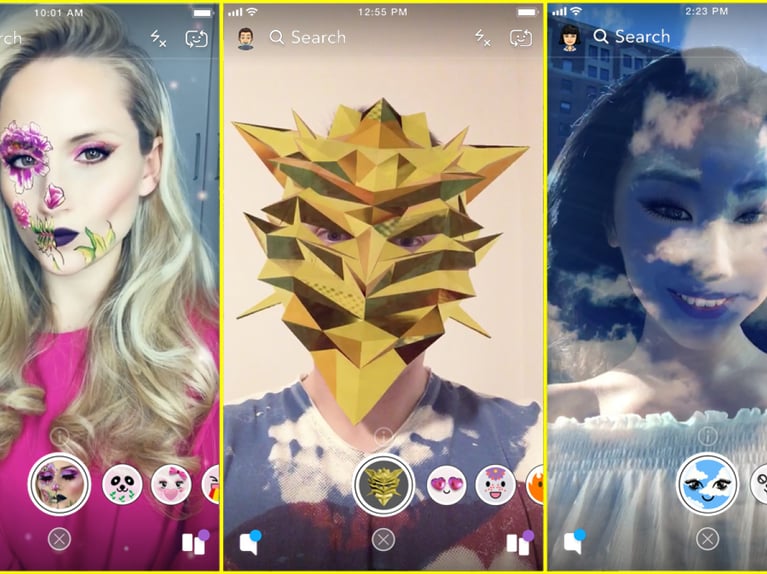 Snapchat’s use of AR enhances its user experience in many ways. For starters, the experiences of Snapchat Lenses and Filters provide users with a form of entertainment unique to Snapchat’s app. Features such as Snapchat Scan allow users to interact with the world around them by learning more about it.

How Snapchat Relates to the Bigger Picture

Snap Inc is more urgently adopting augmented reality with the release of their new AR glasses. The leaders of Snap Inc believe that AR technology is the future and claim that technologies such as AR glasses will be as common as smartphones one day. If major companies such as Snap Inc are willing to voice their excitement in this decisive manner, then there is a high probability that AR technology will not be leaving us anytime soon. 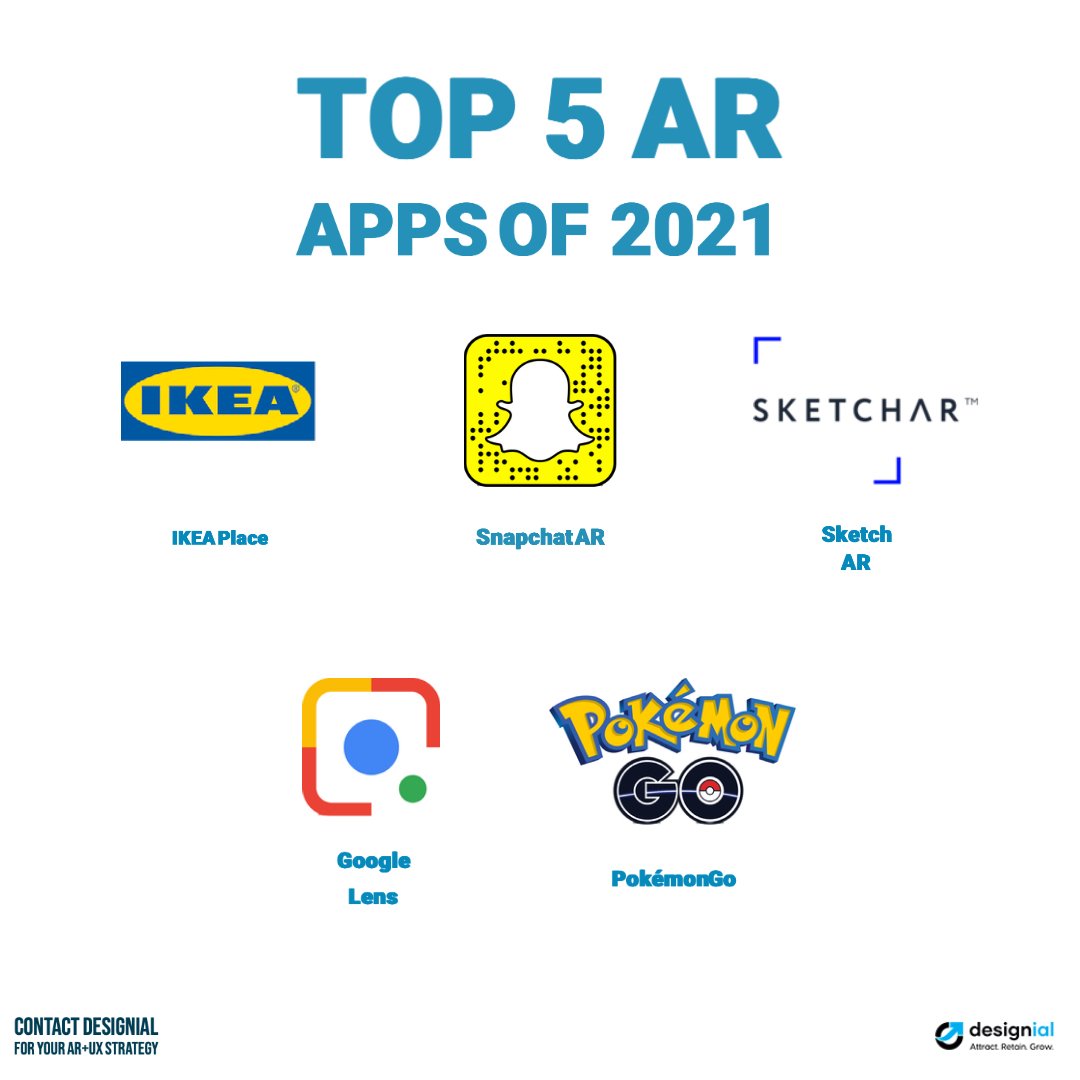 This concludes our list of the top five AR apps as of 2021. You probably have gained some new insights into how augmented reality and UX design can be incorporated into your business. However, you may still have questions regarding these topics, which is why we are here to assist you. Please feel free to contact us at designial.com. We will be more than happy to help.

Editor's note: This post was originally published in October 2021 and has been updated for comprehensiveness.