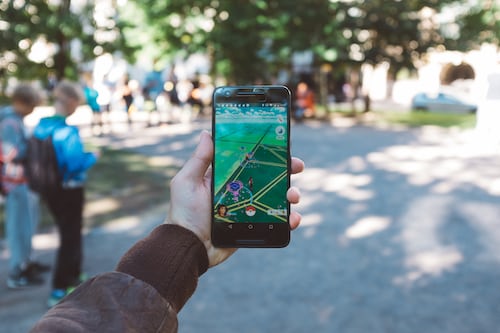 Since you’re on this page, you probably have questions about augmented reality (AR) technology and its implementation into your business. Augmented reality technology is an integral part of the future of business. This is why you should probably take the time to learn a little more about it.

What is Augmented Reality?

Wikipedia states, "Augmented reality is an interactive experience of a real-world environment where the objects that reside in the real world are enhanced by computer-generated perceptual information, sometimes across multiple sensory modalities, including visual, auditory, haptic, somatosensory, and olfactory.” In layman’s terms, AR allows you to view the real world with a digital rendering of an object overlaid. This is done through devices with screens, most notably smartphones.

AR is one of the most popular technology trends, and it will only grow in popularity as AR-enabled smartphones and other devices become more widely available around the globe. Although statements like these make it seem like augmented reality has always dominated the technical landscape, this has not always been the case. Augmented reality had a modest upbringing and has gone through many changes before arriving at where it is today. Knowing where this incredible technology began is important to understand where it is headed.

The History of AR Technology

With the creation of the first head-mounted display system by Ivan Sutherland in 1968, augmented reality technology was born. Ivan named his device “The Sword of Damocles”. It was a clunky device that had to be supported by long metal rods. Nevertheless, it accomplished creating a computer-generated experience that improved the user’s view of reality. 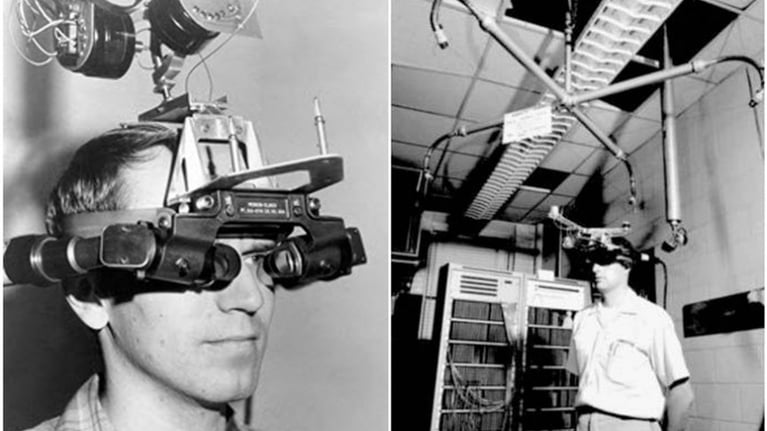 Fast Forward to 1990 and augmented reality has seen further development. However, up until this point, AR technology wasn’t distinct from other similar technologies. That is until Tom Caudell, a researcher at Boeing, created the name augmented reality to describe AR tech.

Those avid fans of American football and the NFL probably already know a little about augmented reality. The yellow line seen while watching football games on television is an example of AR technology. It was first introduced in 1998 and incorporated into every televised NFL game.

In the early 2010s, there was much hype around AR technology and what the future could store. Consequently, it was no surprise when Google decided to board the hype train and develop its AR technology. In 2014, Google released Google Glass, a pair of glasses that provided the ability to communicate with the internet via augmented reality technology. The glasses were unsuccessful, but it was a pivotal moment in AR technology’s history because it showed that major companies were willing to invest large amounts of money.

In 2016, Microsoft released its version of augmented reality technology they coined Mixed Reality rather than augmented reality. The device released was named HoloLens, a rather large headset that cost a significant amount of money. The headset allowed users to search their environment and generate their own mixed reality experiences.

Apple developed its AR technologies alongside Microsoft and Google. Apple created ARKit, a developer platform that allows individual developers to create their own AR experiences within IOS-based apps. ARKit was released in 2017, and many large retailers, such as IKEA, have incorporated it into their apps to help increase customer experience.

In 2018, the popular game developer software Unity released an update that allowed developers to incorporate VR, AR, and MR into their apps. It was seen with much popularity, and many apps, such as Pokemon Go, have used this software to enhance the AR experience of their games.

The AR market is projected to eclipse USD 31 billion by the end of 2021. Microsoft has released its second version of the HoloLens and is on the fast track to its third version. Google has since developed numerous AR technologies that can be found online. These include ARCore, Google Scan, and Google Live View. Apple is continuing to improve upon its AR developer platforms by adding more variety with the additions of RealityKit, Reality Composer, and Reality Converter. With major tech companies such as Google, Microsoft, and Apple investing heavy resources into AR, it is safe to say that the future of augmented reality is in good hands.

In previous articles, we have detailed how AR technology has been used during various stages of business growth. The Covid pandemic has caused many issues for business owners, and many individuals have had to find creative ways to overcome the obstacles that the pandemic presented. AR technology has helped overcome many of the pandemic's problems. Check Why Do You Need To Use Mixed Reality? to learn more about the triumphs that were made possible by AR technology.

Scandit utilizes augmented reality to improve inventory management, logistics, sales use cases, and ticketing, as well as to create new processes. This allows back-of-house tasks to be completed more efficiently so employees can spend more time with customers.

Splunk AR is an app that delivers real-time AR overlays of back-end data, allowing for more flexible, productive services and training while also eliminating time-consuming paperwork. Customers use Splunk AR to monitor and maintain a variety of Splunk appliances and dashboards, and teachers can access what's most essential in a training scenario. This enables consumers to identify problems in real time and lowers the time it takes to repair appliances when sifting through instruction manuals. 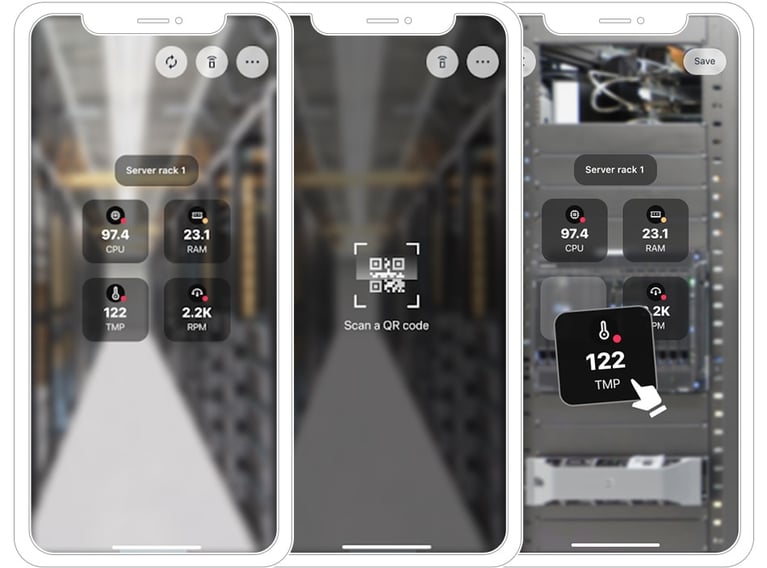 How Does AR Technology Relate to UX?

We’ve discussed how AR improves the user experience in-depth in other articles. Below is a quick overview of ways that AR can enhance UX.

By using visual overlays, the customer can get a more realistic view of the product that he or she is looking at. The ability to gaze upon a 3-D rendering provides a much more comprehensive experience for the customer than the views provided by standard 2-D images.

With AR technology, you don't have to use bulky training manuals or training classes that can run for weeks. Effective hands-on training can start rightaway.

Augmented reality allows customers to access real-time training when faced with product or service difficulties. Customers can be supported in resolving the issue without having to consult a manual or get in contact with a professional. This reduces the returns and travel expenses that come with selling online products.

AR technology is perfect for innovating old business processes. This creates the opportunity for customers to have quicker interactions with employees, and it improves employees’ communication with customers.

You can use AR technology to train technicians to upskill their knowledge. Especially useful for field technicians who might need contextually relevant training. 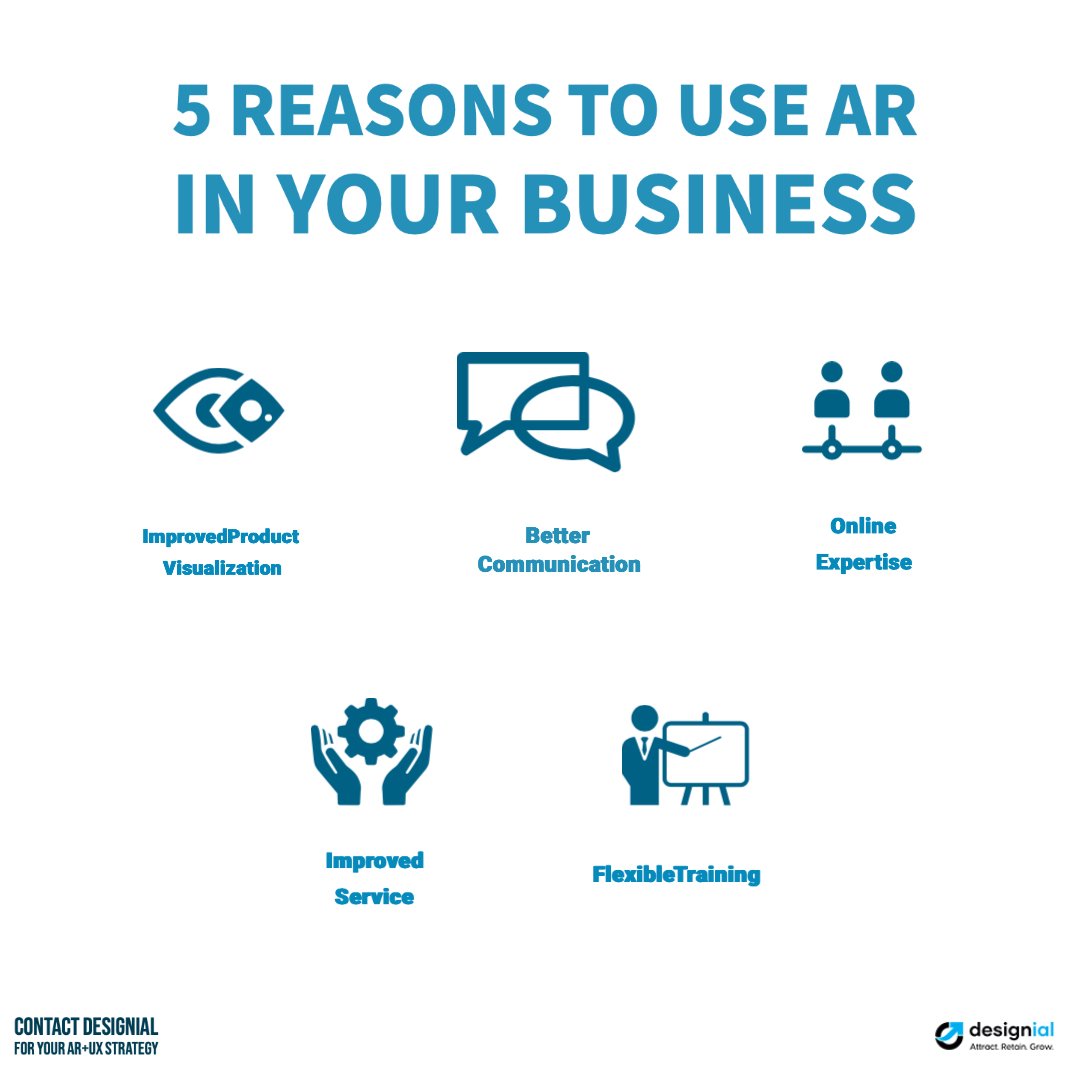 This guide delved deep into AR technology, raising the natural question of what is in store for AR technology in the future. The honest answer is that no one can be one hundred percent certain, so it is up to you to make an informed projection. Hopefully, by reading this article, you will be able to make a more educated decision regarding AR technology, its future, and how it relates to your business. However, navigating it can always be a complex process, which is why we are here to help. If you have any questions regarding AR technology, contact us at designial.com. We will be more than happy to assist you.

Editor's note: This post was originally published in September 2021 and has been updated for comprehensiveness.

The AR market is projected to reach USD 73 billion in value by 2024. Investors are heavily funding AR businesses. Click to learn more.