Raj Adhav
Oct 19, 2022
The AR market is projected to eclipse 73 billion dollars in total value by 2024. Consequently , it is a prized industry for investors to look into. With AR technology booming, many businesses are looking to see if AR is worth the hype. Investors are fueling the hype by making it easy for both early-stage and growth-stage AR/VR business to fund their AR ventures .
This all sounds exciting, but you may still be skeptical about whether AR can elevate the value of your business . Don’t worry, by the end of this article, you will be able to determine if augmented reality is viable to you. With that said, let’s dive straight into it.

We have highlighted many benefits of using augmented reality in previous blog posts. AR can improve product visualization, navigation, and companies are using it to create alternate forms of reality . AR has a bright future for its valuation, and there are many companies to support this claim. Listed below are several companies in various startup stages that prove that augmented reality can increase the valuation of a company. 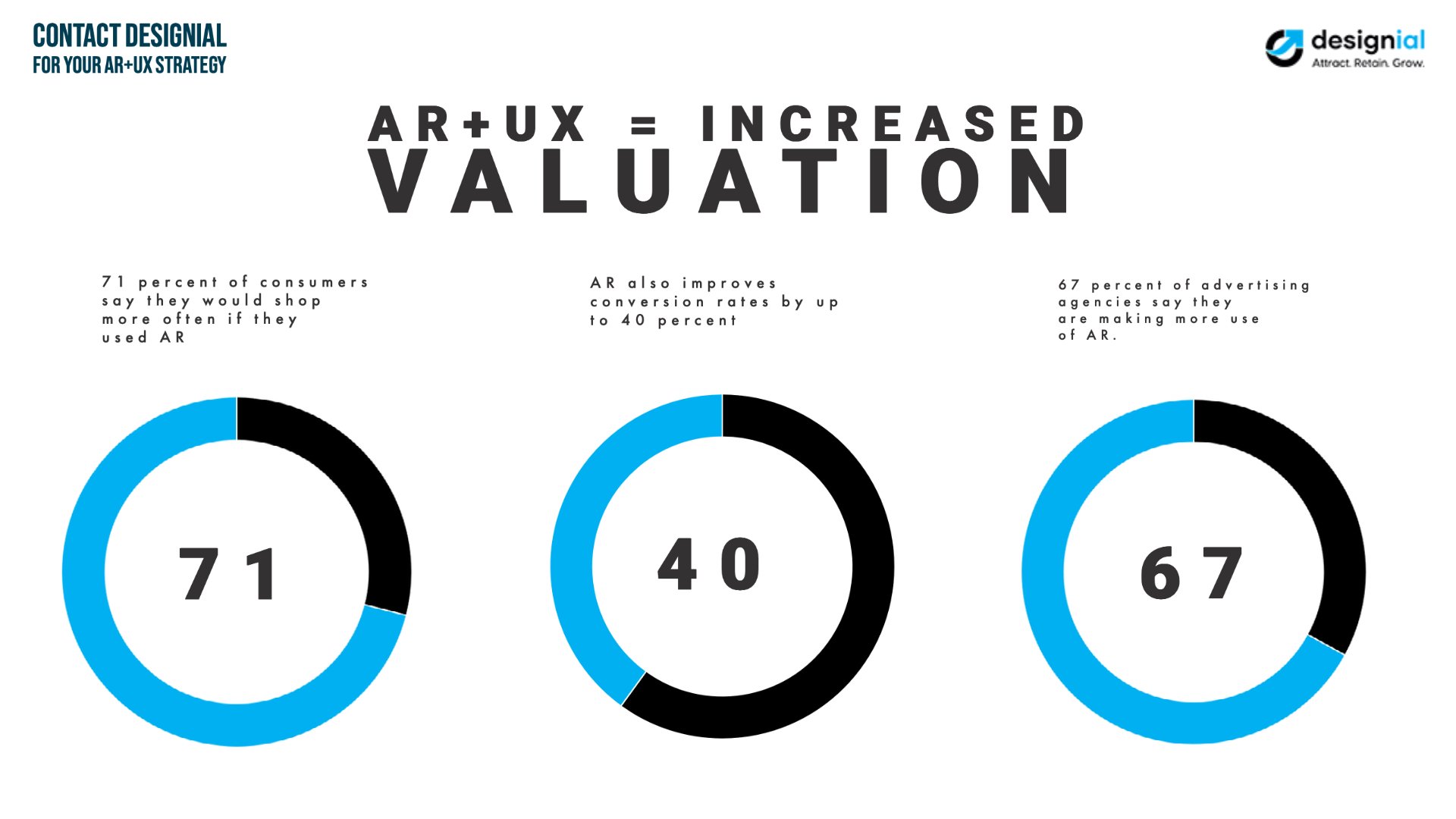 Crunchbase states that “SketchAR is an early-stage augmented reality company that builds deep tech mobile products for making creativity available to everyone .” The company has raised a total of $1.1M in funding over 3 rounds since its founding in 2016. Their latest funding was raised on Feb 19, 2020, from a Pre-Seed round.
Creators can use SketchAR’s app to better their artistic skills. AR provides visual overlays to create content. This results in a cleaner and more efficient means of producing art. Users can avoid the tedious cleanup process that follows an art session freeing up time for artists to focus on their craft . Their app provides a distinct way for people to take part in the creative process.
SketchAR has proven to be a success. It is one of the most creative uses of augmented reality in apps, and investors have not shied away from it. As of 2021, with only 6 employees, it is estimated that SketchAR brings in around .9 million dollars in revenue per year . That is a little less than 150,000 thousand dollars per employee. This is quite impressive for a small tech company based out of Lithuania. 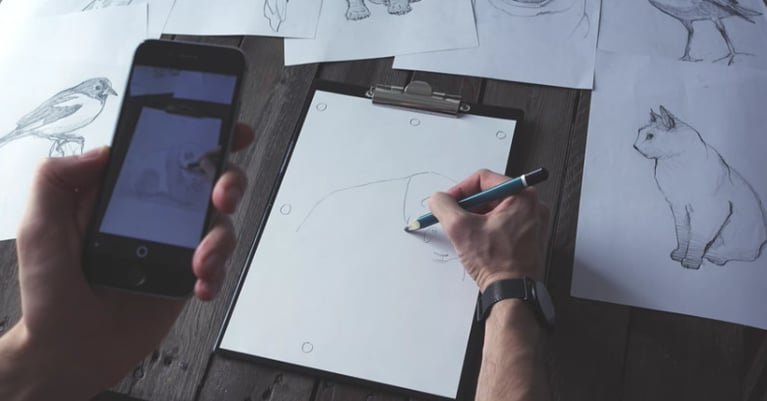 ApoQlar is an early-stage German, mixed reality-based medical startup founded in 2017. The company has received about 28 thousand dollars in grant money to create software that improves healthcare worker efficiency . The software is also responsible for allowing patients to gain a better understanding of medical procedures .
In Germany, around 20 million people are treated in hospitals every year. A large portion of those treated in German hospitals must undergo some form of surgery. During pre-surgery preparations, surgeons are tasked with explaining the issue to patients in layman's words . This can be rather difficult and many patients never comprehend why or how the procedure is being performed . To remedy this problem, the professionals at ApoQlar developed a cloud-based program that generates a 3D picture from MRI and CT scans and presents it in the HoloLens mixed reality headset . By seeing a 3-D display, the patients can understand the procedure better and consequently have fewer worries before the operation . ApoQlar serves as an innovation for those who want to find ways to use augmented reality to help others.

WayRay is a mature stage startup that develops holographic augmented reality software and hardware for automobiles . Their goal is to use AR to help cars with navigation, help serve as a driver’s assistant and provide cars with a virtual dashboard . Bloomberg claims that WayRay has raised more than $100 million in funding since being founded in 2012 . Major companies such as Porsche, Alibaba, and Hyundai have invested during various funding rounds for the company . As of right now, Way Ray has 110 employees and has an annual revenue listed at USD 48 million.
Design companies such as Pininfarina have incorporated Way Ray’s technology within their new concept showings . Their newest concept, named the Teorema, uses an AR heads-up display created by WayRay. The HUD utilizes an advanced driver-assistance system (ADAS) and provides useful traffic information which warns against potential road dangers . Passengers can view content relating to the environment, local attractions and landscapes, trip details, and even games . Way Ray is looking to change how we view cars by using augmented reality, and it is safe to say that they are on the right track . 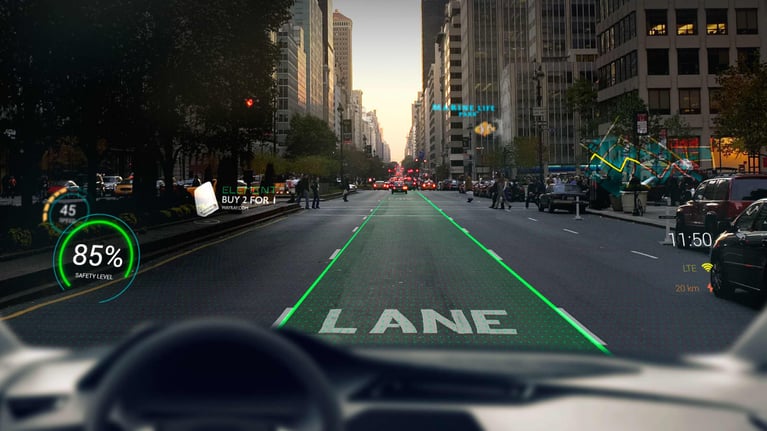 How are Growth Stage Companies Improving the Valuation of the AR Market?

Major companies such as Google, Apple, and Facebook do not disclose information about how much AR impacts their valuation . Yet, each of these companies is quite vocal about investing into AR/VR technologies. The overall spending on AR/VR is forecast to speed up out of the pandemic, growing from over $12 billion in 2020 to $73 billion in 2024 with a CAGR of 54% . Google, Apple, Microsoft, and Facebook are the leaders of this push for augmented reality . 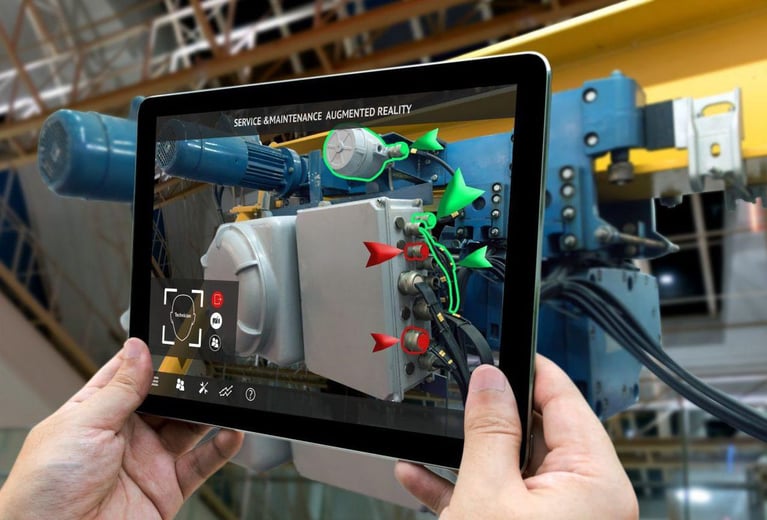 Google believes that AR can change the way we do everything. Their belief has led them to pursue many avenues of AR development including Google Lens, ARCore, and Google Live View . Google Lens and Google Live View are now standard features of Search and Maps that most people are familiar with . Likewise, Google’s ARCore has provided a way for developers to incorporate AR into their apps amassing a plethora of successful use cases . We discuss Google’s AR in detail in this article, so feel free to visit if you want to learn more.

Apple claims that they have “the world’s largest AR platform, with hundreds of millions of AR‑enabled devices, as well as thousands of AR apps on the App Store . And because Apple hardware and software are designed from the ground up for AR, there is no better way to experience AR .” Apple's claims make it no surprise that they are one of the main leaders in developing AR technologies for the future . ARKit, AR Quick Look, and IOS apps serve Apple’s goal of creating a more augmented world. We discuss these features in more detail at Apple Augmented Reality: Everything You Need to Know.

According to CNBC, Meta has big plans for AR/VR tech as they want to use AR/VR to create a metaverse. CEO Mark Zuckerberg believes the "metaverse" will be the next stage in how people interact with the internet, even going so far as to make plans to “pivot” Meta from a social media company to a metaverse company in the coming years . Once again, if you want to read more about metaverses and Meta VR visit Everything You Need to Know About Immersive Virtual Reality.

Microsoft and the Pentagon

Earlier in 2021, Microsoft scored a huge contract with the U.S. Army. With this contract in place, Microsoft is slated to create over 120,000 MR headsets and the deal could reach 22 billion dollars over the next 10 years . The army will be using these headsets to train its soldiers in various realms of combat similar to how the air force has used virtual reality to train its pilots . With this deal in place, AR could see a huge uptick in adoption by various industries. The military has always been an early adopter of cutting-edge tech and history has shown that companies in the civilian sector tend to follow . Microsoft’s contract with the US Army has the potential to move AR into the mainstream. 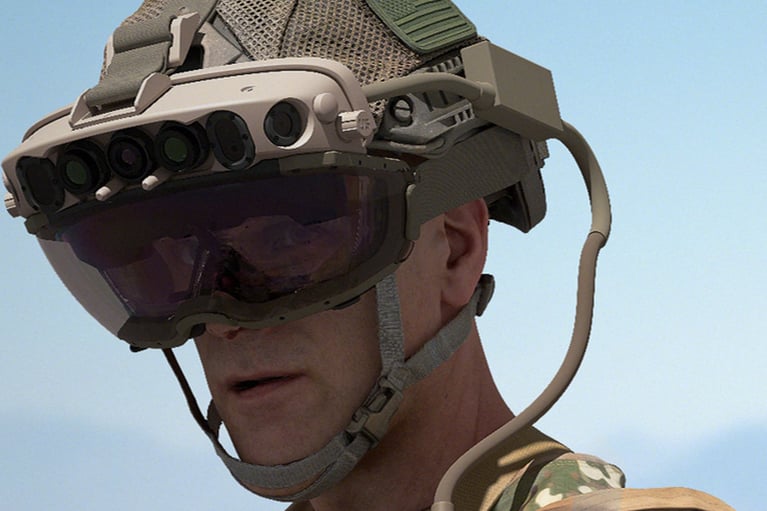 By now you should be aware of how augmented reality improves user experience. It is important to discuss how you can increase your companies valuation using AR with UX design. Below is a list of statistics and benefits of using AR within your company's UX design.

It is our intent that by reading this article you will be able to make a more educated decision on augmented reality and its value . However , it can always be a complex process to navigate, and that is why we are here to help. If you have any questions about augmented reality contact us at designial.com. We will be more than happy to assist you.
Editor's note: This post was originally published in November 2021 and has been updated for comprehensiveness.
UX Design UX Research Digital Transformation Blogs AR/VR