Raj Adhav
Oct 20, 2022
It is no secret that the tech world is changing. With so many advances made every day, companies must do everything they can to stay on top. Expanding business and reaching target audiences is critical to long-term success for most businesses .
Immersive virtual reality is the technology that is at the forefront of modern innovation . Major companies such as Facebook, NVIDIA, and Roblox are investing in the development of their own versions of VR . VR can improve relationships between businesses, customers, boost revenue, and promote brand awareness. This makes virtual reality appealing to many companies.
Within this article, we will be delving into what virtual reality is, and why you and your business should be keeping an eye out for it . With that said, let’s immerse ourselves in the subject of virtual reality. 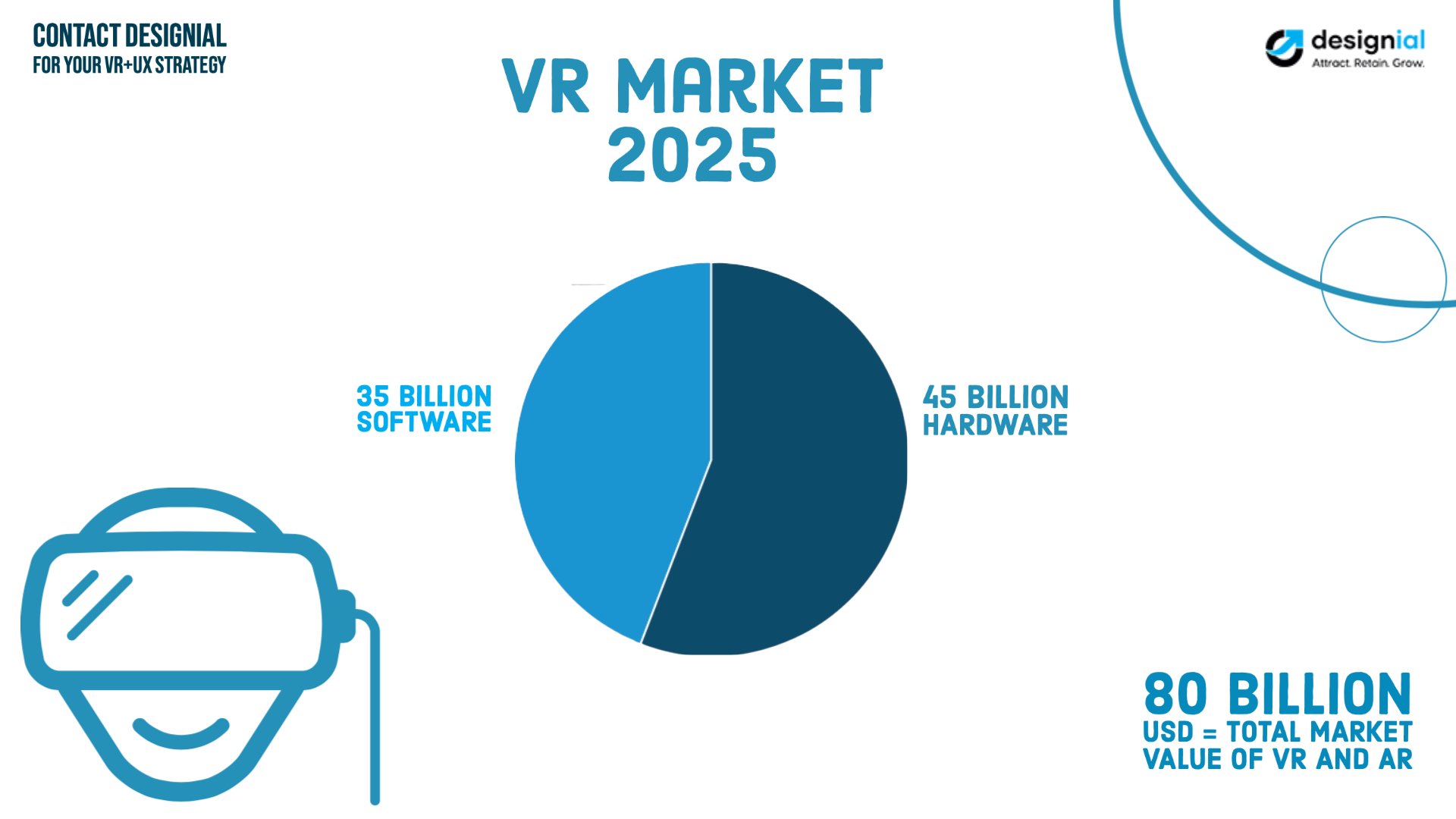 What is Immersive Virtual Reality?

Virtual Reality is a technology that delivers a synthetic experience that comes close to appearing real . Immersive VR aims to immerse the user, giving the user the feeling that they are within the virtual world. VR accomplishes this by employing either Head-Mounted Display or multiple projection technologies. Immersive VR projects a virtual reality in front of the user's eyes, allowing them to concentrate on visuals without interruption .
Virtual reality has the potential to create an experience akin to reality, and developers are finding creative ways to employ this technology . As of late, one of the craziest concepts discussed regarding VR is the metaverse. Wikipedia defines the metaverse as “a collective virtual shared space, created by the convergence of virtually enhanced physical reality and physically persistent virtual space, including the sum of all virtual worlds, augmented reality, and the Internet .” Think of the metaverse as a real-life incarnation of the world depicted in “Ready Player One”. Within the metaverse, people will be able to purchase items, play games, watch sporting events, and do pretty much anything you can do in the real world . It seems to be a far-flung idea, but major businesses are working towards turning it into reality. 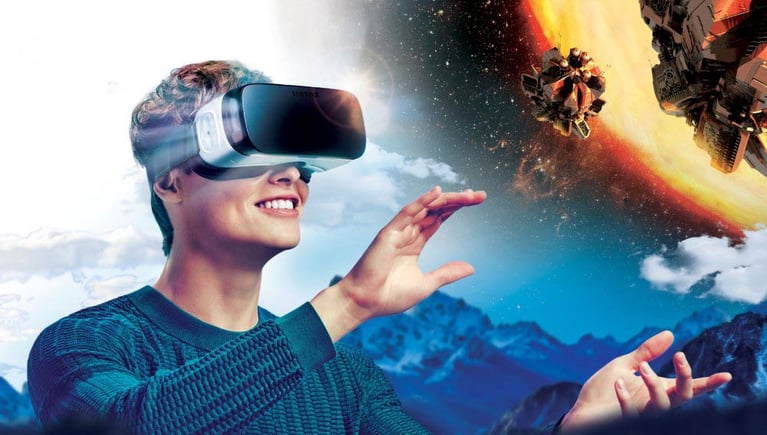 Iris VR is a virtual reality company that allows architectural designers to design and experiment with their work in a unique way . Architects have been using virtual reality-based technology for years. However , the recent enhancements in the technology allow them to explore designs at the deepest level possible . Architects can use Iris VR’s technology to experience the space before it is built letting them make changes in real-time .

Facebook is attempting to attract business users with Horizon Workrooms, a new virtual-reality meetings app . Workrooms enable individuals to collaborate remotely in a virtual area filled with avatars. It is a small step towards the more immersive world that Facebook is trying to build.
Facebook CEO Mark Zuckerberg believes the "metaverse" will be the next stage in how people interact with the internet, even going so far as to make plans to “pivot” Facebook from a social media company to a metaverse company in the coming years . 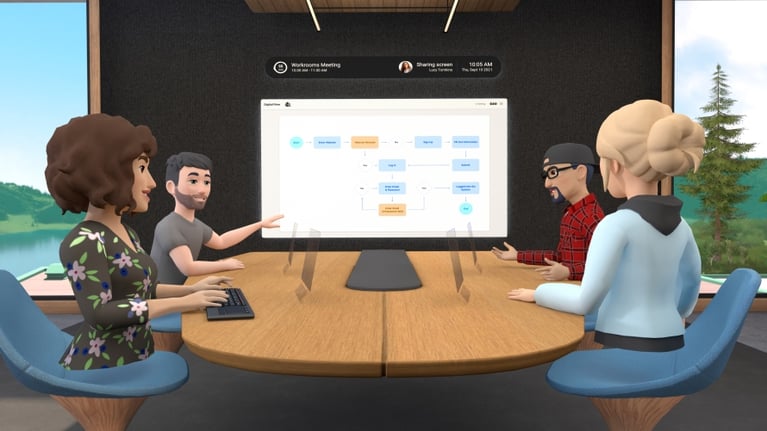 The metaverse has found a home in the gaming industry. CNBC claims that “Roblox wants to give the building blocks for a metaverse to its users, who will, in turn, create the digital world as they see fit . And as an economy in the metaverse continues to grow and develop, Roblox will get a slice of each transaction .” To learn more, visit this article where Roblox and the metaverse are discussed in more detail.

Crunchbase states that “Poker VR is a social application for playing multiplayer poker in virtual reality .” Poker VR allows you to play multiplayer poker in virtual reality. It's as if you're at a real casino, where you can interact with other players and interpret their body language . Customers can use real money to gamble, all from the comfort of their own homes. 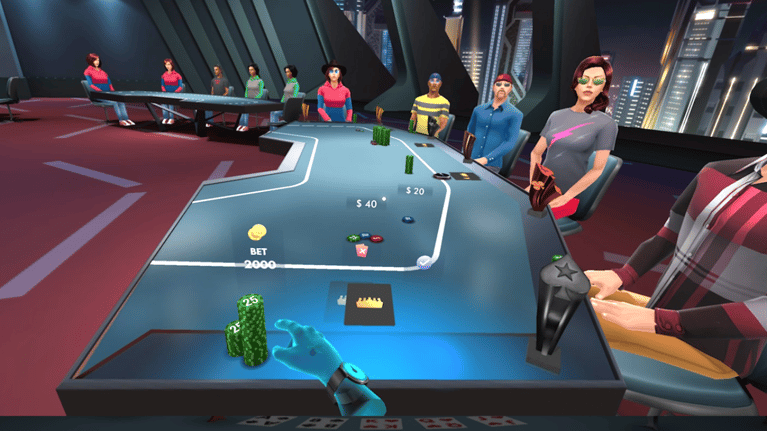 How Immersive VR Relates to UX

A great example of virtual reality enhancing users’ experience is with NFT’s. NFT stands for a non-fungible token, which means that the object is irreplaceable. Think of an NFT as a digital one-of-a-kind collectible that has a lot of monetary value. NFT’s are backed by blockchain technology and have gained lots of popularity in the art sphere recently .
Yet, the biggest draw to NFT’s is through gaming. In NFT-based games, players receive one-of-a-kind NFTs as digital assets in exchange for completing in-game objectives . The value of these NFTs increases as a result of blockchain-based transactions. NFTs are uncommon and unique objects that may develop into valuable assets. In turn, many people would be ready to pay a high price. If the NFTs are related to real-life events, their usefulness may further increase. Players may use NFTs as equipment for their characters, like a jersey, in offline e-sports competitions . The blockchain could preserve this usage throughout the tournament.

By reading this article you will be able to make a more educated decision about immersive virtual reality . However , it can always be a complex process to navigate, and that is why we are here to help. If you have any questions about virtual reality contact us at designial.com. We will be more than happy to assist you.
Editor's note: This post was originally published in November 2021 and has been updated for comprehensiveness.
UX Design UX Research Digital Transformation Blogs AR/VR

Enhance The UX- A Comprehensive Guide to Natural Language Processing

Chatbot increases sales by 67% according to Forbes in 2019. Are you ready to improve your business with NLP? Contact designial for more.

The AR market is projected to reach USD 73 billion in value by 2024. Investors are heavily funding AR businesses. Click to learn more.