Everything You Need to Know About HoloLens- Microsoft's MR

Augmented and mixed reality is projected to expand its market tremendously over the next five years. MarketsandMarkets claims that the augmented reality market will eclipse 88 billion dollars by 2026. AR and MR technologies are starting to become a real force in the world, and companies such as Microsoft are leading the way in creating a more augmented reality.

Microsoft HoloLens is the mixed reality project that the multimedia tycoon is nurturing. Microsoft claims that HoloLens is capable of boosting an organization’s productivity in a variety of industries. Among these industries are healthcare, manufacturing, and education. With such claims, it’d be smart for you and your business to at least gain a basic understanding of the HoloLens technology.

This basis of understanding is what we will deal with in this article. We will tackle the information surrounding Microsoft’s HoloLens and how it pertains to you and your business. With that being said, let’s dive right into it.

Everything Important About HoloLens

HoloLens is a mixed reality head-mounted display unit that is developed by Microsoft. The first version of the HoloLens headset was released in 2015, and the current version of HoloLens, named the HoloLens 2, is on the market. Microsoft intends for the HoloLens to change the world, stating that the HoloLens 2 provides “an ergonomic and precise holographic device that can increase user accuracy and input." 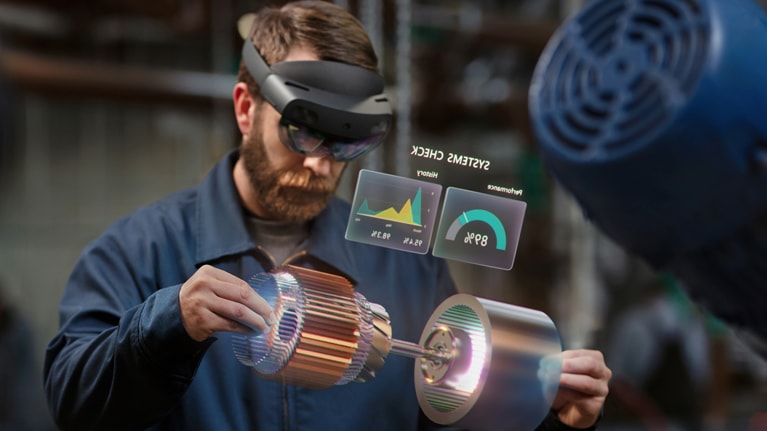 Who Is It For?

Many people can benefit from the features that HoloLens provides. However, as of right now, Microsoft is marketing its mixed reality technology to a few major industries. As stated previously, these industries are manufacturing, healthcare, and education.

HoloLens is reimaging what healthcare can look like and accomplishes this new image by speeding up diagnoses, reducing time-to-care, enabling personalization, and improving overall results. By using HoloLens, health professionals can connect remotely with other experts, access patient data instantly, and bypass MRIs and X-Rays to see 3-D renderings of a patient’s body. The innovations provided by HoloLens are truly incredible, and it is more astonishing when you realize that this is only the beginning.

HoloLens provides students with an alternative platform to learn. Microsoft claims that HoloLens improves student engagement and expands student reach. Due to the pandemic, remote learning is becoming more feasible, and HoloLens capitalizes on this. Once again, many successful use cases back Microsoft’s claims, and we will discuss them later.

The Features of HoloLens

Microsoft has a big vision when it comes to the HoloLens. They want HoloLens to enable developers to build an ecosystem similar to Apple’s app store. Many of Microsoft’s other technologies are integrated into the HoloLens, giving developers more room to play around.

Microsoft HoloLens lets users view holograms. Hologram technologies make it possible to create a photographic image of an object without using a lens. The technology works by recording 3D objects using a laser and restoring them to match the originally recorded object. If you have ever seen Star Wars films, you are already familiar with what a Hologram is. Thanks to HoloLens, Holograms are no longer a far-fetched sci-fi concept; holograms are quickly becoming a reality. 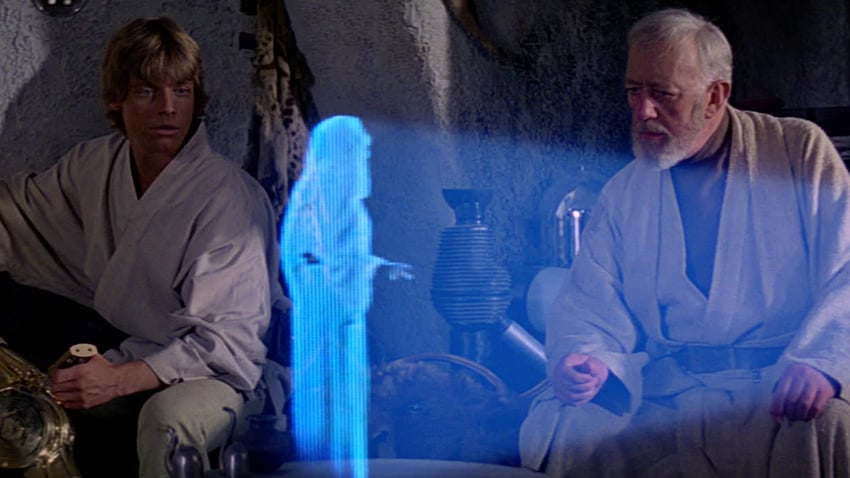 Cortana is a virtual assistant developed by Microsoft which uses the Bing search engine to perform tasks such as setting reminders and answering questions for the user. Most people are aware of what Cortana is. However, most people are unaware that Microsoft has integrated Cortana into the functionality of the HoloLens. Built-in voice commands are a part of HoloLens, which is accomplished using Cortana. 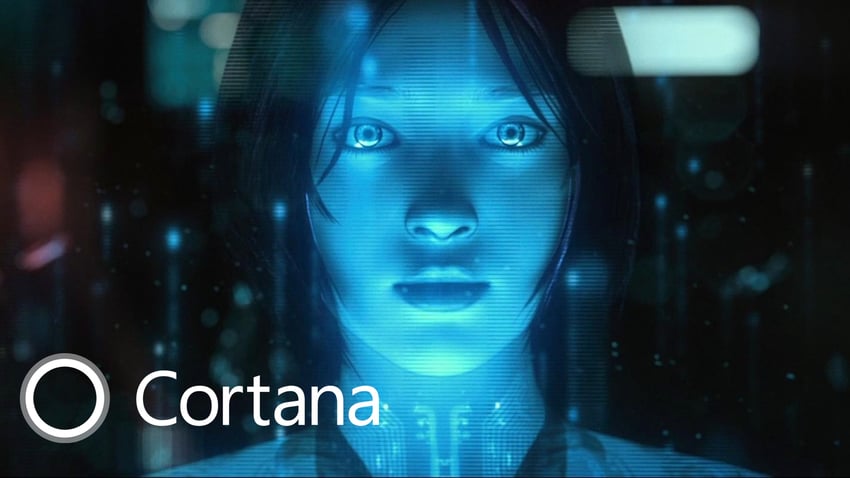 HoloLens 2 is designed to work seamlessly with Micorosft Azure cloud computing services. Companies can use HoloLens to oversee their data, apps, and devices. This is similar to how individuals use computers to keep track of work using Microsft’s Office 365. Microsoft is pulling no stops when integrating its preexisting technologies with HoloLens, making for a better product than its previous iterations.

Why Should You Consider It?

HoloLens has built a large stack of use cases across many industries, furthering its efficacy. Listed below are use cases spanning many industries. By reading on, you should be able to determine how HoloLens can fit into your business plan.

ApoQlar is a German, mixed reality-based medical startup that utilizes the HoloLens technology. In Germany, around 20 million people are treated in hospitals every year. Many of those treated in German hospitals must undergo some form of surgery. During pre-surgery preparations, surgeons explain the issue to the patient in layman's words. This can be difficult, and many patients never fully comprehend why or how the procedure is performed. To remedy this problem, the professionals at ApoQlar developed a cloud-based program that generates a 3D picture from MRI and CT scans and presents it in the HoloLens mixed reality headset. By seeing a 3-D display, the patients can understand the procedure better and consequently have fewer worries before the operation. Earlier in 2021, Microsoft scored a huge contract with the U.S. Army. With this contract in place, Microsoft is slated to create over 120,000 headsets, and the deal could reach 22 billion dollars over the next ten years. The army will be using these headsets to train its soldiers in various realms of combat, similar to how the air force has used virtual reality to train its pilots. This deal is a huge win for Microsoft because it shows that its technology is practical, in demand, and easily accessible.

Traditional 2-D images used to visualize a patient’s body naturally have limitations, and the HoloLens 2 aims to remove these limitations. Using the HoloLens, surgeons can view interactive 3-D images with a more accurate view of their operation. Companies such as MEDIVIS hope to continue using the features provided by the HoloLens to create a more visionary world of surgery. 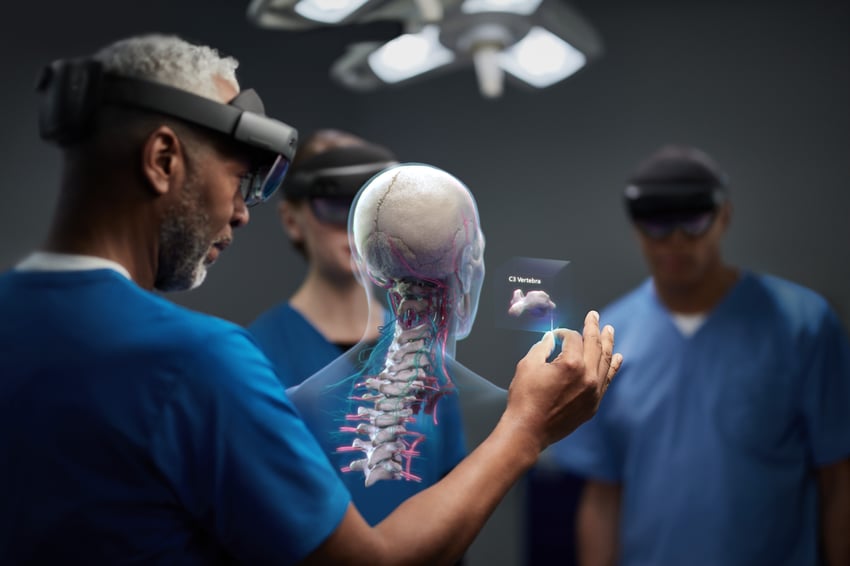 Crunchbase states that Lockheed Martin is a security company engaged in the research, development, and manufacture of advanced technology systems and products. Lockheed Martin is currently building the Orion spacecraft, an advanced deep-space vehicle. The building process is challenging due to the high precision needed to make Orion ready for the extremes of space travel. Lockheed realized it needed mixed reality to address the needs of the building process. To help streamline instruction delivery and to empower accurate, efficient building processes, Lockheed Martin decided to use Microsoft HoloLens 2. Once Lockheed Martin began using HoloLens with its software on the Orion build project, it found significant improvements to build operations in terms of time and accuracy. This was a significant stepping stone for AR and MR technologies because it demonstrated how MR could be implemented within advanced aerospace projects.

The popular automotive brand Mercedes-Benz hopped on the HoloLens bandwagon during the COVID-19 pandemic in 2020. According to the Wall Street Journal, Mercedes-Benz trained more than 1,200 automotive technicians to use HoloLens 2 headsets for remote assistance. In the past, a technician might have to wait days for a field service engineer to travel to the dealership to help with a complex problem. But with the HoloLens 2, a technician with a headset at any dealership can connect immediately with one of several specialists around the country. Through remote-assist software, the specialist can see what the technician sees using the headset on a desktop or tablet. HoloLens provides the ability to communicate with an expert in real time from anywhere in the world. This tremendous feat has allowed manufacturing facilities to resolve complex issues in record time.

How HoloLens Relates to UX

We have discussed a lot about the features of the HoloLens. Everything from Holograms, Cortana, Cloud, and deals with the pentagon have been mentioned. Microsoft intends for these features to serve a goal. Microsoft’s goal is to one day have its mixed reality technologies replicate the experiences of the real world. It is a lofty goal, but if anyone can achieve it, it is Microsoft. Right now, it is safe to say that Microsoft’s MR/AR technology is more advanced than its competitors. Google and Apple have solid technologies but do not reach the same scope as Microsoft’s mixed reality. UX is all-encompassing, and the features provided by Microsoft’s MR provide a rich user experience.

There is much in store for the future of Microsoft HoloLens. With its incredible features and grand vision, it will be interesting to see how technology impacts businesses in the future. We know that much was discussed in this article, but hopefully, you can make a more informed decision about how to use HoloLens in your business. However, if you have any questions about HoloLens, please contact us at www.designial.com, and if you’d like to read more about AR and MR-based technologies, please visit our other blog posts. We cover these topics in great detail.

Editor's note: This post was originally published in October 2021 and has been updated for comprehensiveness.

The total size of the AR market was 18 billion in 2020. How are you leveraging Google AR in your business? Contact us to learn more.